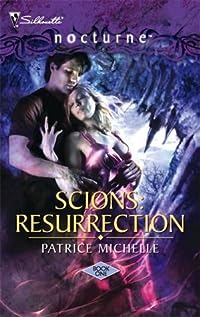 When Ariel Swanson wrote a novel about vampires, she hoped it would exorcise her fear of the creatures that had, not so long ago, terrorized the human population.Instead, it brought her to their attention.And to the attention of Jachin Blacka man banished from the Saguinas, a vampire pack, and forced to hunt among the despised humans.

For he clung to the prophecy given years ago, of a better way for his kind to livea prophecy Ariel unknowingly used as the basis of her novel.Ariel hates and fears vampires.

Reviews of the Resurrection

If you don't like high octane, action-driven romance, do not read this book. The first 1/4 of the book felt very much like a action/horror/science fiction movie, yet with a very sexy hero, and a heroine who was way out of her depth. I think Ms. Michelle did a great job writing Jachin. There are nuances that sort of reminded me of other paranormal heroes, but at the same time, Jachin really had a unique feel for me. Ariel comes to play a very pivotal role in this book, and I like that she comes to the conclusion that she has a responsibility in the world that Jachin inhabits, and embraces him and this role. The vampires, called Sanguinas or scions, rebelled and started hunting the humans. There is a bit of inter-breed politics related to Jachin's being ousted from the Sanguinas, and the prophecy that Ariel unwittingly reveals in her book that she wrote about vampires as a sort of therapy. Hearing that Ariel wrote this book about the prophecy is the impetus that causes Jachin to kidnap her to take her back to the Sanguinas leader as his mate to fulfill the prophecy. The politics part is good for fans of the vampire society type storylines prominent in movies like Blade, the tv show, Kindred: The Embrace, and the Underworld films. You feel the heat between Jachin and Ariel build over time, but in a compelling way, practically from their first scene together. This book has some steamy love scenes that have you turning the pages, but all the interactions between Jachin and Ariel help to show the connection and the chemistry between the pair. It has great romance, sexy and fiery love scenes, awesome action, and fantastic, creative worldbuilding. This might be my second favorite (Enemy Lover by Bonnie Vanak is my all time favorite although this book has better action scenes).

Jachin is convinced that Ariel is the one to fulfill the prophecy and he is determined to bring her to his clan leader and get back his rightful place among his people. The author created also a new interesting twist on the origins of vampires (and werewolves by the way) the humans arent merely the poor victims they like to see themselves but also culprits.

I admit, I pretty much had the whole "prophesy" thing figured out from the first time they spoke of it -- it was a bit obvious I think, but I still enjoyed seeing how it played out. I can't think of many "real" people who'd still be mentally cool and collected during and after all that lol The sex was hot, and not overly plentiful which surprisingly enough is a good thing in this novel.

Banished from his vampire pack, The Sanguinas, Jachin Black has come to despise humans. slowly, human blood started to poison them. Her book, as it turns out, is, almost word for word, the truth. The prophecy that Jachin recieved from an elder Sanguina on his death bed.

human blood became poison to them, they withdrew and are dying out, only taking one anothers blood, and have not had a pregnancy in 5 years; Lupreda (created by the Sanguinas) enhanced to be prey and a challenge for the Sanguinas (humans too tame) thought to have made human blood poisonous to Sanguinas leading to many deaths, and the survivors going into hiding Jachin Black aka Slayer: 2nd generation maybe 3rd? Sanguinas; believes in the prophecy; seduced by Sanguinas leaders mistress, and leader banished him; for last 10 years has lived among humans, earned high dollar as an assassin; pays excellent money (half of a hit income) for clean blood as human blood makes him sick); losing interest (no longer reading, or cleaning apartment, etc), losing faith in the prophecy, deaths are taking its toll discouraged; Ezra: his father; spoke the prophecy a prophecy suggesting a salvation for the Sanguinas personally, was coming in a special mate for their leader and then that they would be lead into connection of 3 to 1 humans, Sanguinas, and Lupredas; he died a while ago, and jachin believed and thought that Braeden (leader) also believed; Roach: retired chemist who supplies Jachin with cleansed blood disappears on own, or killed? taking her to Braeden Mira intercepts her and prepares her to meet Braedon bathing, sprucing up, and dressing her and befriending her glad to have news of her brother; in front of all and sundry, Ariel meets Braedon just as Jachim has elbowed his way into the complex; Jachim is restrained as Braeden cruelly bites Ariel and spits out her blood claiming it to be poisoned both are thrown into the dungeon where Braeden tells Jachim he never believed in the prophecy, and he could tell her blood was different but where he expects him to be overcome by blood lust and to kill her, then to be killed when the sun comes up (a dungeon with a window?) instead, Ariel trusts Jachim, he helps her to remember to their almost sex together (he had wiped her memory partially), he takes her blood during sex and almost takes too much, but stops when she says his nameMina helps them escape Ariel is dying, and dreams of Ezra, who encourages her to go back, and gives her the rest of the prophecy a broader application to their joined power and encouragement that she knows more, and can do more than she thinks and he realizes that to fulfill the prophecy, he must take leadership going into Lupreda country, to the sacrificial altar, to the chalicehe takes Ariel with him, (again carrying her over his shoulder for a time), and with the Lupeda, the Sanguina, they all converge on the altar at the same time Landon helps to push back the Lupeda the Lupeda and Sanguina battle he cuts and bleeds into the chalice and it drains through the symbol, but nothing happens and she decides to go with impulse, and adds her blood to the chalice and combined it moves, it glows, it cracks in half they return to the mansion he claims leadership he calls for the council (4 the first once humans turned vampire) pledging their participation in future decisions (unlike how Braedon used them) they are together yet he will not make love to her for 4 days Ariel starting to have some vampire-like attributes eyes sensitive to sun, better night vision his sister is unconscious, and Ariel talks to her and she wakes up, and tells her to force Jachims hand dont let him say no to her and Jachim comes in, happy to see his sister up and the next time they are alone together Ariel forces his hand tells him she loves him, and trusts him and they make love and this time, in midst of passion, she grows fangs, and bites him, taking his blood sending him over the edge ahhh Braedon and a few get away Jackim to lead a retrieval team and looking to join with Landon to tackle peace with the Lupreda future stories Memorable scenes: My race was made by humans, condemned by humans, yet humans have no problem hiring one of us to do their dirty work.

The female lead wasn't your standard action here, "yeah, you exist..let's have sex." The hero wasn't your standard "woe is me, I'm a vampire!" The book is exactly what you'd expect from Harlequin Nocturne, but it was still a great book, I loved every moment and can't wait to read it again.

Scions: Resurrection, the first book in the Scions trilogy, is romantic suspense with a vampire twist.

At the age of fifteen, I told my mom after I'd finished reading a book, "One day, I want to be the one who writes the kind of books readers think about long after they've closed it." As Patrice Michelle, I write dark, sexy, action-packed paranormal and contemporary romances. 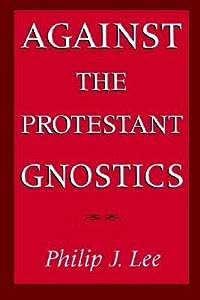 Against the Protestant Gnostics...

Lee criticizes conservatives and liberals alike as he traces gnostic motifs to the very roots of American Protestanti... 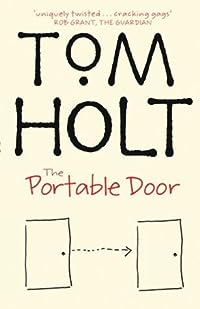 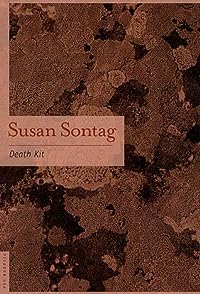 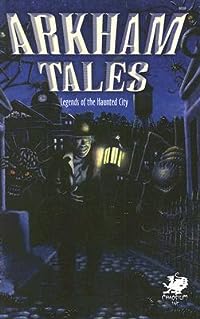